Native Americans long dominated the vastness of the American West. Indigenous Americans had lived in North America for over ten millennia and, into the late-nineteenth century, perhaps as many as 250,000 natives still inhabited the American West. But then unending waves of American settlers, the American military, and the unstoppable onrush of American capital conquered all. The United States removed native groups to ever-shrinking reservations, incorporated the West first as territories and then as states, and, for the first time in its history, controlled the enormity of land between the two oceans. The history of the late-nineteenth-century West is many-sided. Tragedy for some, triumph for others, the many intertwined histories of the American West marked a pivotal transformation in the history of the United States. The following sources explore the long American “conquest” of the West.

A branch of the Nez Percé tribe, from the Pacific Northwest, refused to be moved to a reservation and attempted to flee to Canada but were pursued by the U.S. Cavalry, attacked, and forced to return. The following is a transcript of Chief Joseph’s surrender, as recorded by Lieutenant Wood, Twenty-first Infantry, acting aide-de-camp and acting adjutant-general to General Oliver O. Howard, in 1877.

2. William T. Hornady on the Extermination of the American Bison (1889)

William T. Hornady, Superintendent of the National Zoological Park, wrote a detailed account of the near-extinction of the American bison in the late-nineteenth century.

The following is extracted from President Chester A. Arthur’s First Annual Message to Congress, delivered December 6, 1881.

4. Frederick Jackson Turner, “Significance of the Frontier in American History” (1893)

Perhaps the most influential essay by an American historian, Frederick Jackson Turner’s address to the American Historical Association on “The Significance of the Frontier in American History” defined for many Americans the relationship between the frontier and American culture and contemplated what might follow “the closing of the frontier.”

On February 11, 1891, a Sioux delegation met with the Commissioner of Indian Affairs in Washington D.C. and gave their account of the Wounded Knee Massacre six weeks prior.

The United States used education to culturally assimilate Native Americans. Laura Cornelius Kellogg, an Oneida author, performer, and activist who helped found the Society of American Indians (SAI) in 1913, criticized the cultural chauvinism of American policy. Speaking to the SAI, she challenged her Indian audience to embrace modern American democracy while maintaining their own identity.

In 1881, Helen Hunt Jackson published A Century of Dishonor, a history of the injustices visited upon Native Americans. Exposing the many wrongs perpetrated by her country, she hoped “to redeem the name of the United States from the stain of a century of dishonor.”

Tom Torlino, a member of the Navajo Nation, entered the Carlisle Indian School, a Native American boarding school founded by the United States government in 1879, on October 21, 1882 and departed on August 28, 1886. Torlino’s student file contained photographs from 1882 and 1885. 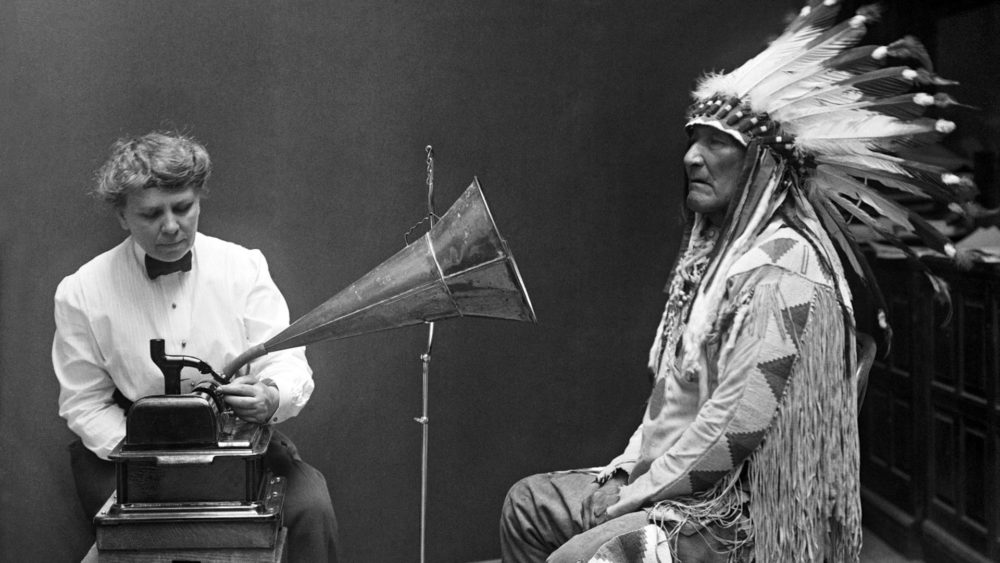