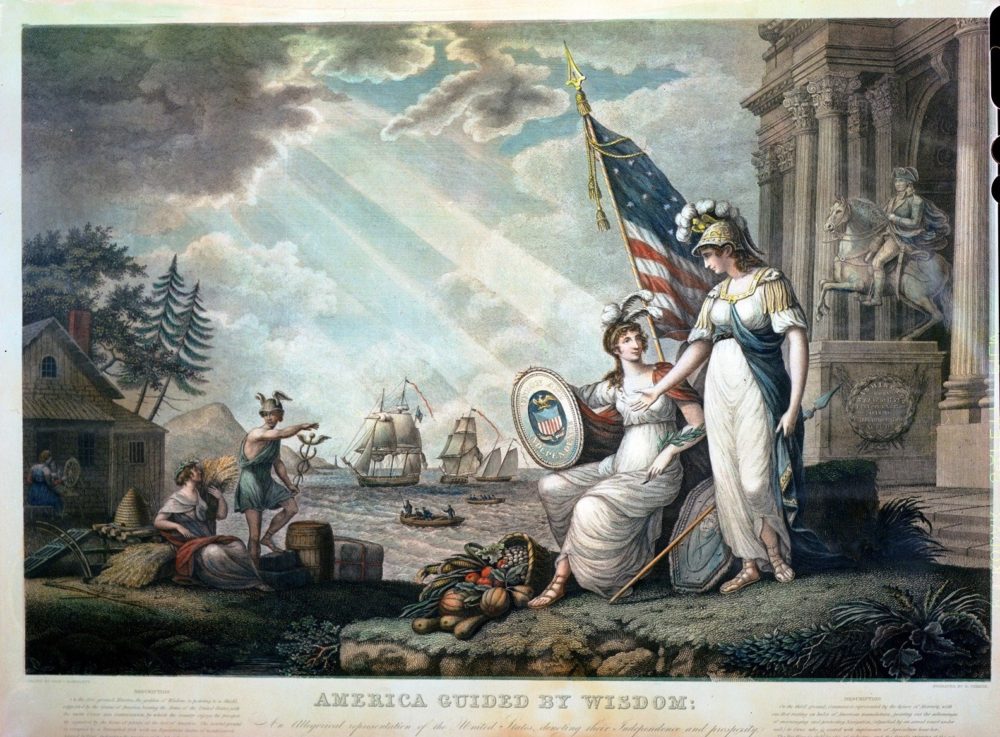 John J. Bartlett, “America guided by wisdom An allegorical representation of the United States depicting their independence and prosperity,” 1815, via Library of Congress.

This print reflects the sense of triumph many white Americans felt following the War of 1812. Drawing from the visual language of Jeffersonian Republicans, we see America—represented as a woman in classical dress—surrounded by gods of wisdom, commerce, and agriculture on one side and a statue of George Washington emblazoned with the recent war’s victories on the other. The romantic sense of the United States as the heir to the ancient Roman republic, pride in military victory, and the glorification of domestic production contributed to the idea the young nation was about to enter an “era of good feelings.”