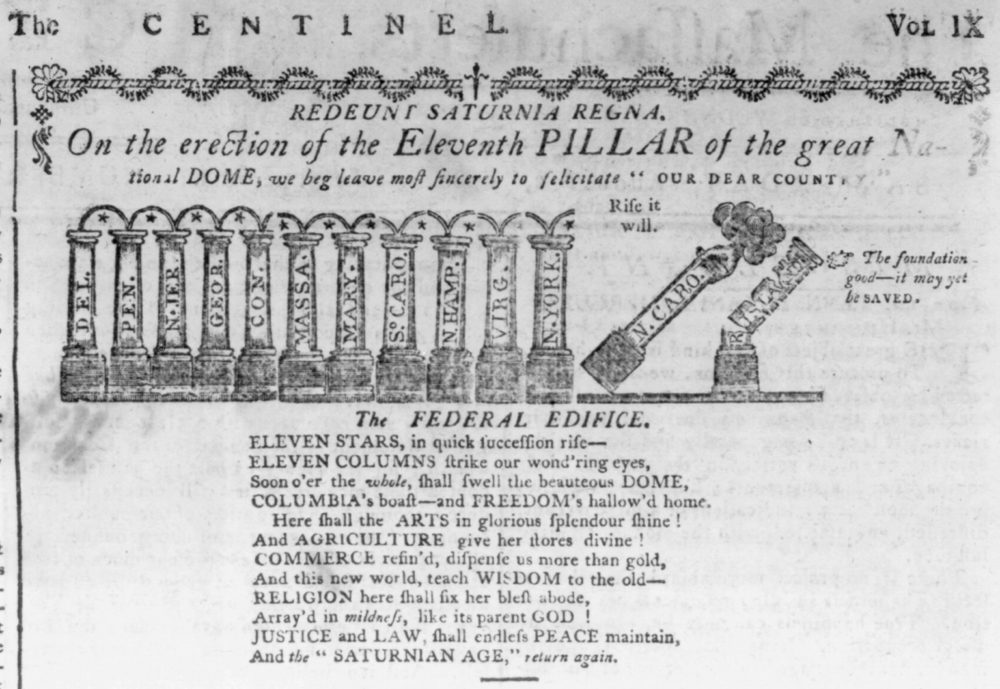 “The Federal Pillars,” from The Massachusetts Centinel, August 2, 1789, via Library of Congress.

The Massachusetts Centinel ran a series of cartoons depicting the ratification of the Constitution.  Each vertical pillar represents a state that has ratified the new government.  In this cartoon, North Carolina’s pillar is being guided into place (it would vote for ratification in November 1789).  Rhode Island’s pillar, however, is crumbling and shows the uncertainty of the vote there.