The 1930s and 1940s were trying times. A global economic crisis gave way to a global war that would become the deadliest and most destructive in human history. Perhaps 80 million lost their lives during World War II. The war saw industrialized genocide and nearly threatened the eradication of an entire people. It also unleashed the most fearsome wartime technology that has ever been used in war. It And when it ended, the United States found itself alone as the world’s greatest superpower, armed with the world’s greatest economy and looking forward to a prosperous consumers’ economy. But of course the war would raise as many questions as it would settle: it unleashed new social forces at home and abroad that would confront new generations of Americans to come.

2. A. Phillip Randolph and Franklin Roosevelt on Racial Discrimination in the Defense Industry (1941)

As the United States prepared for war, Black labor leader A. Philip Randolph recoiled at rampant employment discrimination in the defense industry. Together with NAACP head Walter White and other leaders, Randolph planned “a mass March on Washington” to push for fair employment practices. President Franklin Roosevelt met with Randolph and White on June 18, and, faced with mobilized discontent and a possible disruption of wartime industries, Roosevelt signed Executive Order 8802 on June 25. The order prohibited racial discrimination in the defense industry. Randolph and other leaders declared victory and called off the march.

The leaders of the United States and United Kingdom signed the Atlantic Charter in August 1941. The short document neatly outlined an idealized vision for political and economic order of the postwar world.

During World War II, the federal government removed over 120,000 men, women, and children of Japanese descent (both foreign-born “issei” and native-born “nisei”) from the West Coast and interned in camps. President Roosevelt authorized the internments with his Executive Order No. 9066, issued on February 19, 1942.

On August 6, 1945, Harry Truman disclosed to the American public that the United States had detonated an atomic bomb over Hiroshima, Japan.

7. Declaration of Independence of the Democratic Republic of Vietnam (1945)

Vietnam, which had been colonized by the French and then by the Japanese, declared their independence from colonial rule—particularly the re-imposition of a French colonial regime—in the aftermath of Japan’s defeat in World War II. Proclaimed by Ho Chi Minh in September 1945, Vietnam’s Declaration of Independence reflected back the early promises of the Allies in World War II and even borrowed directly from the American Declaration of Independence. 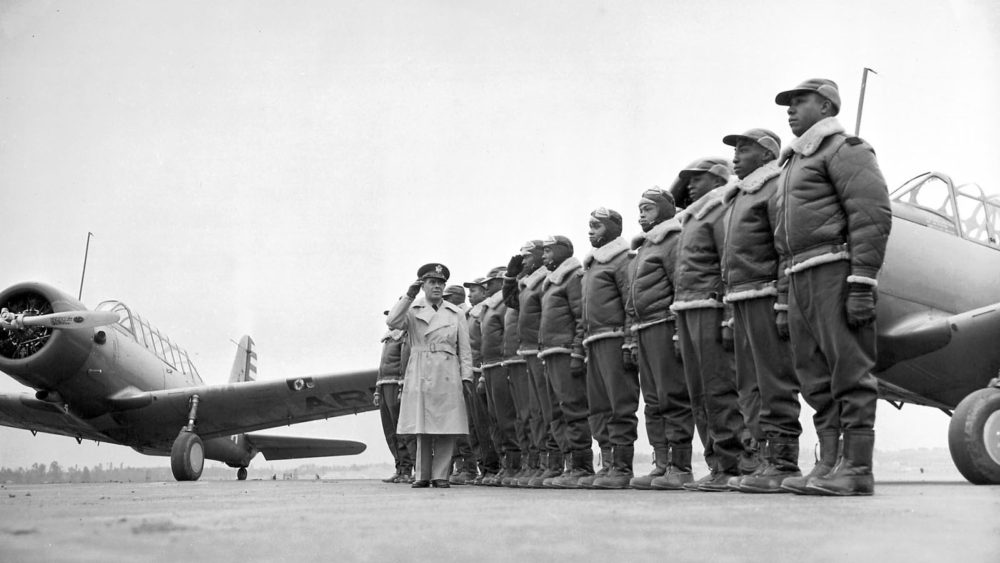 The Tuskegee Airmen stand at attention as Major James A. Ellison returns the salute of Mac Ross, one of the first graduates of the Tuskegee cadets. The Tuskegee Airmen who continued a tradition of African American military service while honorably serving a country that still considered them second-class citizens. 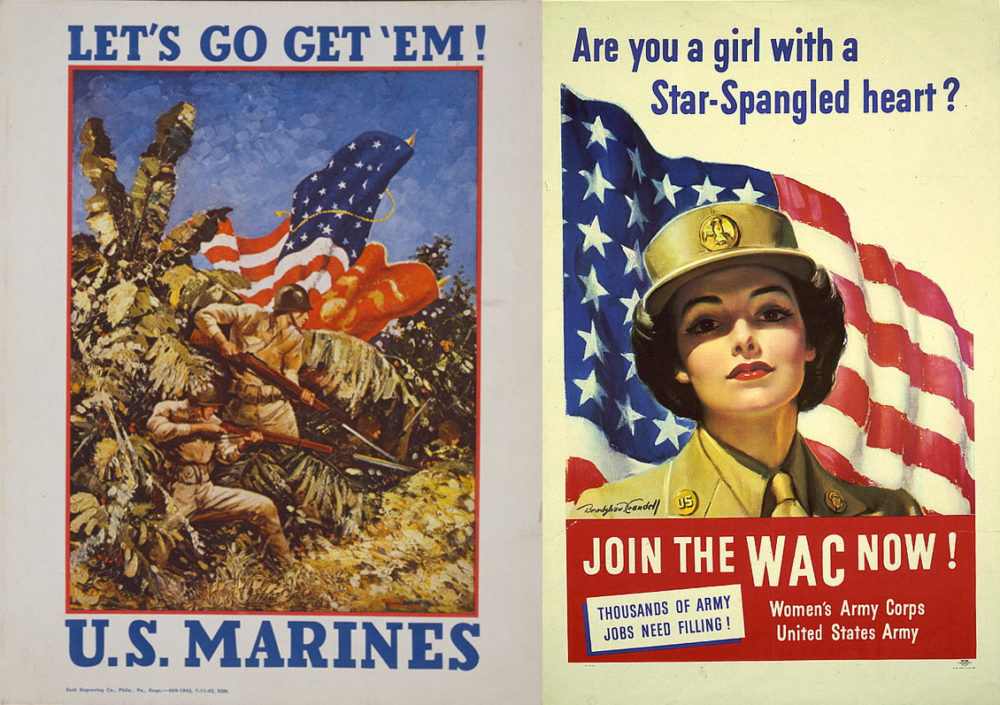 This pair of US Military recruiting posters demonstrates the way that two branches of the military—the Marines and the Women’s Army Corps—borrowed techniques from advertising professionals to “sell” a romantic vision of war to Americans. These two images take different strategies: one shows Marines at war in a lush jungle, reminding viewers that the war was taking place in exotic lands, the other depicted women taking on new jobs as a patriotic duty.