Civil rights march from Selma to Montgomery, Alabama. 1965. Via Library of Congress.

Perhaps no decade is so immortalized in American memory as the 1960s. Couched in the colorful rhetoric of peace and love, complemented by stirring images of the civil rights movement, and fondly remembered for its music, art, and activism, for many the decade brought hopes for a more inclusive, forward-thinking nation. But the decade was also plagued by strife, tragedy, and chaos. It was the decade of the Vietnam War, of inner-city riots, and assassinations that seemed to symbolize the crushing of a new generation’s idealism. A decade of struggle and disillusionment rocked by social, cultural, and political upheaval, the 1960s are remembered because so much changed, and because so much did not. The following sources offer insight into the decade’s impactful history.

In 1964, Senator Barry Goldwater of Arizona accepted the Republican Party’s nomination for the presidency. In his speech, Goldwater refused to apologize for his strict conservative politics. “Extremism in the defense of liberty is no vice,” he said, and “moderation in the pursuit of justice is no virtue.”

2. Lyndon Johnson on Voting Rights and the American Promise (1965)

On March 15, 1965, Lyndon Baines Johnson addressed a joint session of Congress to push for the Voting Rights Act. In his speech, Johnson not only advocated policy, he borrowed the language of the civil rights movement and tied the movement to American history.

On June 4, 1965, President Johnson delivered the commencement address at Howard University, the nation’s most prominent historically Black university. In his address, Johnson explained why “opportunity” was not enough to ensure the civil rights of disadvantaged Americans.

The National Organization for Women was founded in 1966 by prominent American feminists, including Betty Friedan, Shirley Chisolm, and others. The organization’s “statement of purpose” laid out the goals of the organization and the targets of its feminist vision.

In 2012, George Garcia sat down to be interviewed about his experiences as a corporal in the United States Marine Corps during the Vietnam War. Alternating between English and Spanish, Garcia told of early life in Brownsville, Texas, his time as a U.S. Marine in Vietnam, and his experience coming home from the war.

The Port Huron Statement was a 1962 manifesto by the Students for a Democratic Society (SDS), written primarily by student activist Tom Hayden, that proposed a new form of “participatory democracy” to rescue modern society from destructive militarism and cultural alienation.

Civil rights activists struggled against the repressive violence of Mississippi’s racial regime. State NAACP head Medger Evers was murdered in 1963. Freedom Summer activists tried to register Black voters in 1964. Three disappeared and were found murdered. The Mississippi Democratic Party continued to disfranchise the state’s African American voters. Civil rights activist Fannie Lou Hamer co-founded the Mississippi Freedom Democratic Party (MFDP) and traveled to the Democratic National Convention in 1964 to demand that the MFDP’s delegates, rather than the all-white Mississippi Democratic Party delegates, be seated in the convention. Although unsuccessful, her moving testimony was broadcast on national television and drew further attention to the plight of African Americans in the South. 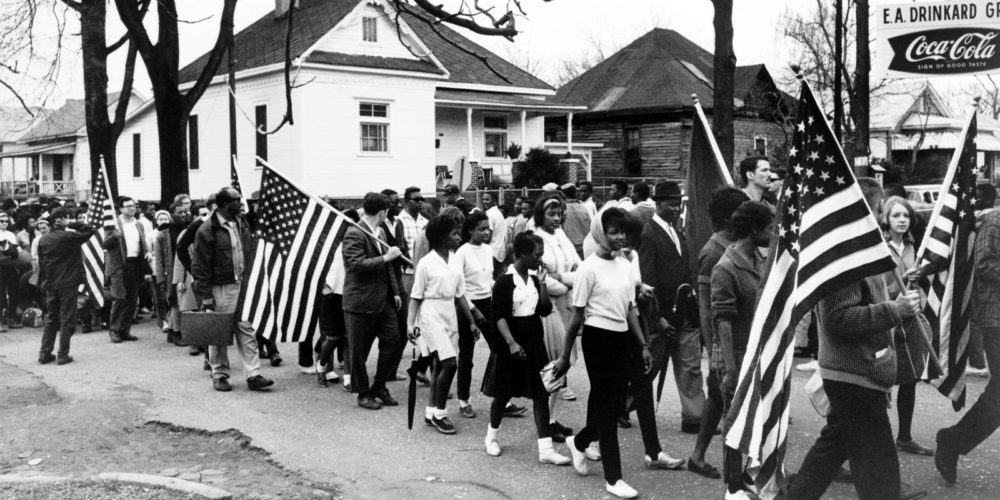 From Selma to Montgomery, 1965. Library of Congress.

Civil rights activists protested against the injustice of segregation in a variety of ways. Here, in 1965, marchers, some carrying American flags, march from Selma to Montgomery, Alabama, to champion African American voting rights. 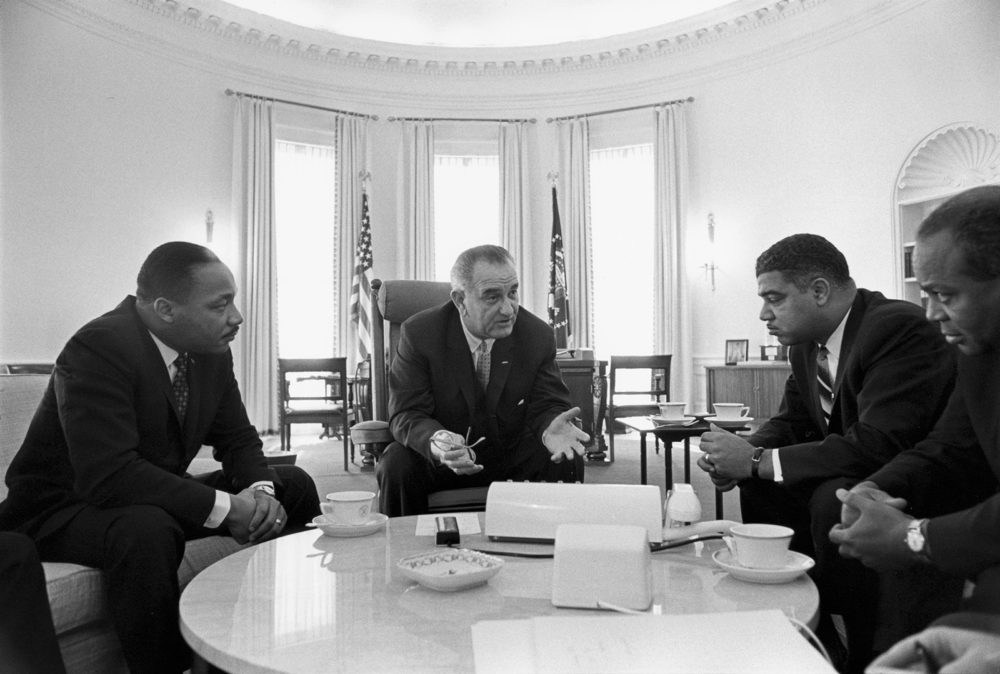 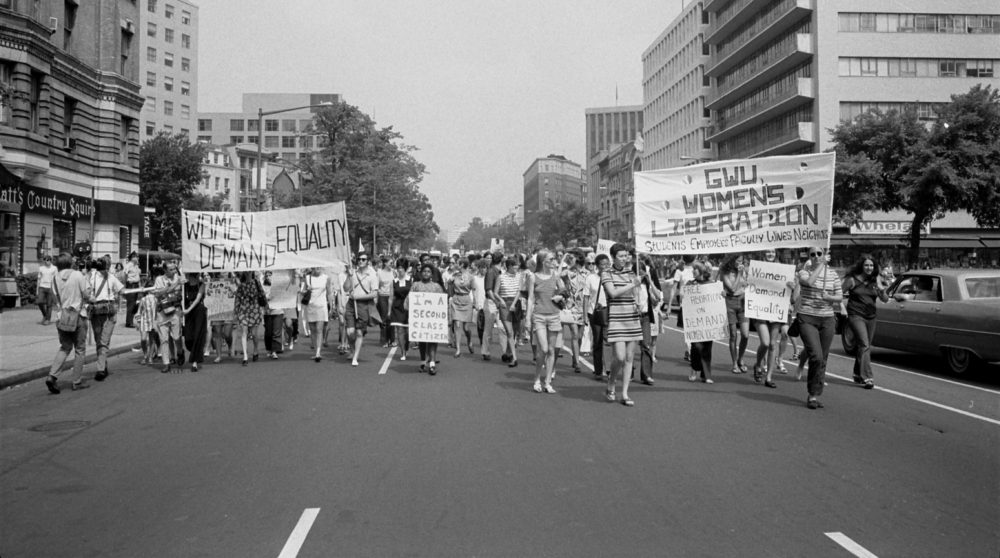