The turn of the twentieth century witnessed the triumph of American industrialization and the rise of “big business,” large corporations, run by trained bureaucrats and salaried managers, doing national and international business. Sweeping changes washed over the country as new industrial modes of production revolutionized American life. The rise of cities, the evolution of American immigration, the transformation of American labor, the further making of a mass culture, the creation of great concentrated wealth, the growth of vast city slums, the conquest of the West, the emergence of a middle class, the problem of poverty, the triumph of big business, widening inequalities, battles between capital and labor, the final destruction of independent farming, breakthrough technologies, environmental destruction: industrialization created a new America. The following documents depict some of that radical change.

Atlanta newspaperman and apostle of the “New South,” Henry Grady, won national recognition for his December 21, 1886 speech to the New England Society in New York City.

Ida B. Wells-Barnett, born a slave in Mississippi, was a pioneering activist and journalist. She did much to expose the epidemic of lynching in the United States and her writing and research exploded many of the justifications—particularly the rape of white women by black men—commonly offered to justify the practice.

5. Charlotte Perkins Gilman, “Why I Wrote The Yellow Wallpaper” (1913)

Charlotte Perkins Gilman won much attention in 1892 for publishing “The Yellow Wallpaper,” a semi-autobiographical short story dealing with mental health and contemporary social expectations for women. In the following piece, Gilman reflected on writing and publishing the piece.

Jacob Riis, a Danish immigrant, combined photography and journalism into a powerful indictment of poverty in America. His 1890, How the Other Half Lives shocked Americans with its raw depictions of urban slums. Here, he describes poverty in New York.

Rose Cohen was born in Russia in 1880 as Rahel Golub. She immigrated to the United States in 1892 and lived in a Russian Jewish neighborhood in New York’s Lower East Side. Her, she writes about her encounter with the world outside of her ethnic neighborhood. 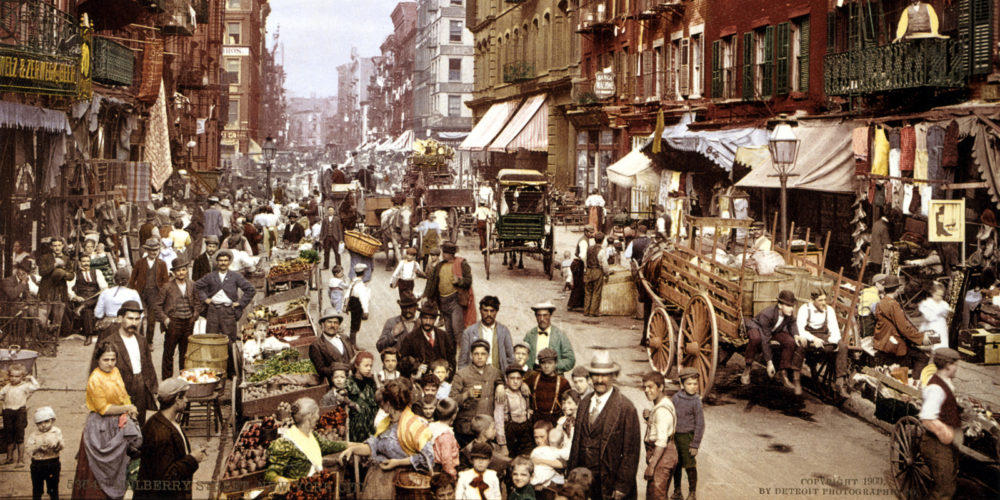 At the turn of the century, New York City’s Lower East Side became the most densely packed urban area in the world. This colorized photomechanical print from the Detroit Photographic depicts daily life on Mulberry Street, the area’s central artery. 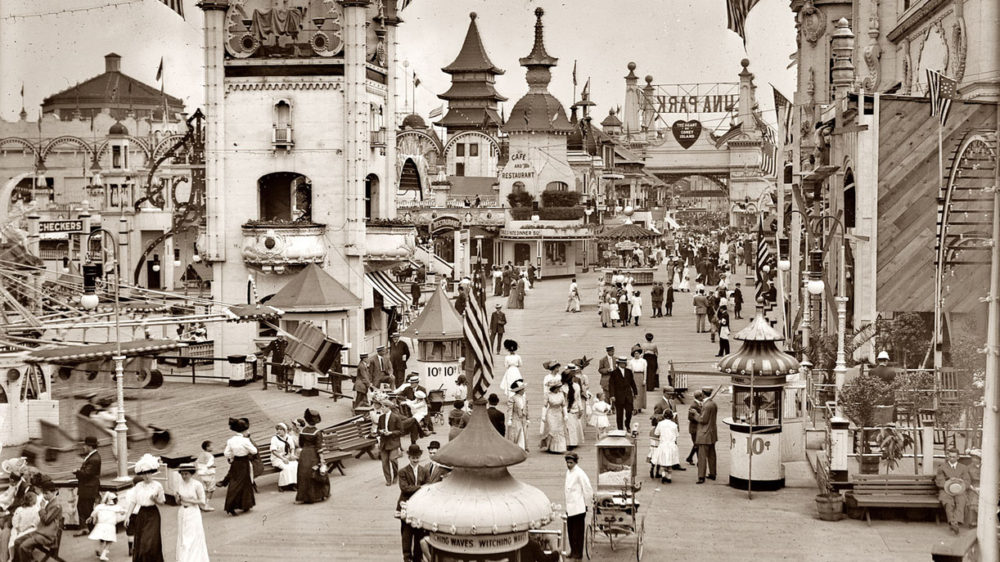 Amusement-hungry Americans flocked to new entertainments at the turn of the twentieth century. In this early-twentieth century photograph, visitors enjoy Luna Park, one of the original amusement parks on Brooklyn’s famous Coney Island.