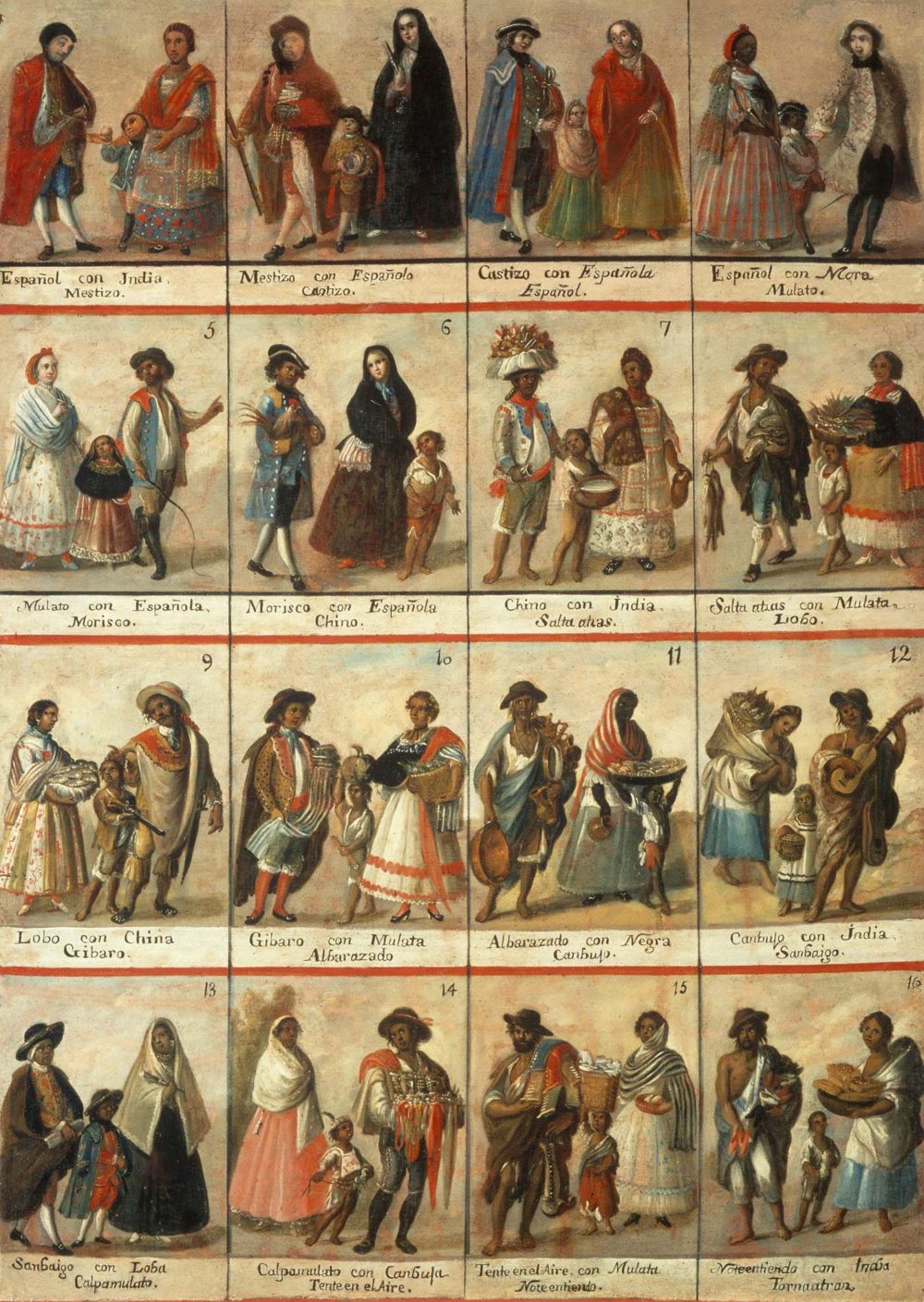 The elaborate Sistema de Castas revealed one of the less-discussed effects of Spanish conquest: sexual liaisons and their progeny. Casta paintings illustrated the varying degrees of intermixture between colonial subjects, defining them for Spanish officials. Race was less fixed in the Spanish colonies, as some individuals, through legal action or colonial service, “changed” their race in the colonial records. Though this particular image does not, some casta paintings attributed particular behaviors to different groups, demonstrating how class and race were intertwined.