In the almost two decades after the end of World War II, the American economy witnessed a massive and sustained growth that reshaped American culture through its abundance of consumer goods. Standards of living climbed to unparalleled heights. All income levels shared and inequality plummeted in what some economists have called “the Great Compression.” And yet, American economic progress contained fundamental flaws. The new consumer economy that lifted millions of Americans into its burgeoning middle class also produced inequality. Women struggled to claim equal rights as full participants in American society. The poor struggled to win access to good schools, good healthcare, and good jobs. The same suburbs that gave middle class Americans new space left cities withering in spirals of poverty and crime. The Jim Crow South tenaciously defended segregation. Black Americans and other minorities suffered discrimination all across the country. As the following sources suggest, the contradictions of the Affluent Society defined the decade: unrivaled prosperity alongside crippling poverty, expanded opportunity alongside entrenched discrimination, and new liberating lifestyles alongside a stifling conformity.

During the labor shortages of World War II, the United States’ launched the Bracero (“laborer”) program to bring Mexican laborers into the United States. The program continued into the 1960s and brought more than a million workers into the United States on short-term contracts. Undocumented immigration continued, however. Congress held hearings and, in the selection below, a migrant worker named Juanita Garcia testifies to Congress about the state of affairs in California’s Imperial Valley. Beginning in 1954, Dwight Eisenhower’s administration oversaw, with the cooperation of the Mexican government, “Operation Wetback,” which empowered to the Border Patrol to crack down upon illegal immigration.

Pete Hernandez, a migrant worker, was tried for the murder of his employer, Joe Espinosa, in Edna, Texas, in 1950. Hernandez was convicted by an all-white jury. His lawyers appealed. They argued that Hernandez was entitled to a jury “of his peers” and that systematic exclusion of Mexican Americans violated constitutional law. In a unanimous decision, the United States Supreme Court ruled that Mexican Americans—and all “classes”—were entitled to the “equal protection” articulated in the Fourteenth Amendment.

4. Richard Nixon on the American Standard of Living (1959)

As Cold War tensions eased, exhibitions allowed for Americans and Soviets to survey the other’s culture and way of life. In 1959, the Russians held an exhibition in New York, and the Americans in Moscow. A videotaped discussion between Vice President Richard Nixon and Soviet Premier Nikita Kruschev, the so-called “Kitchen Debate,” won Richard Nixon acclaim at home for his articulate defense of the American standard of living. In the following extract from July 24, 1959, Nixon opened the American Exhibition in Moscow.

American Anti-Catholicism had softened in the aftermath of World War II, but no Catholic had ever been elected president and Protestant Americans had long been suspicious of Catholic politicians when John F. Kennedy ran for the presidency in 1960. (Al Smith, the first Catholic presidential candidate, was roundly defeated in 1928 owing in large part to popular anti-Catholic prejudice). On September 12, 1960, Kennedy addressed the Greater Houston Ministerial Association and he not only allayed popular fears of his Catholic faith, he delivered a seminal statement on the separation of church and state.

In 1950, Representative Arthur L. Miller, a Nebraska Republican, offered an amendment to a bill requiring background checks for employees of the Economic Cooperation Administration (ECA). Miller proposed to bar homosexuals from working with the ECA. Although his amendment was rejected, his views of homosexuality revealed much about postwar American views.

In this unfinished correspondence and undated personal notes, Rosa Parks recounted living under segregation in Montgomery, Alabama, explained why she refused to surrender her seat on a city bus, and lamented the psychological toll exacted by Jim Crow. 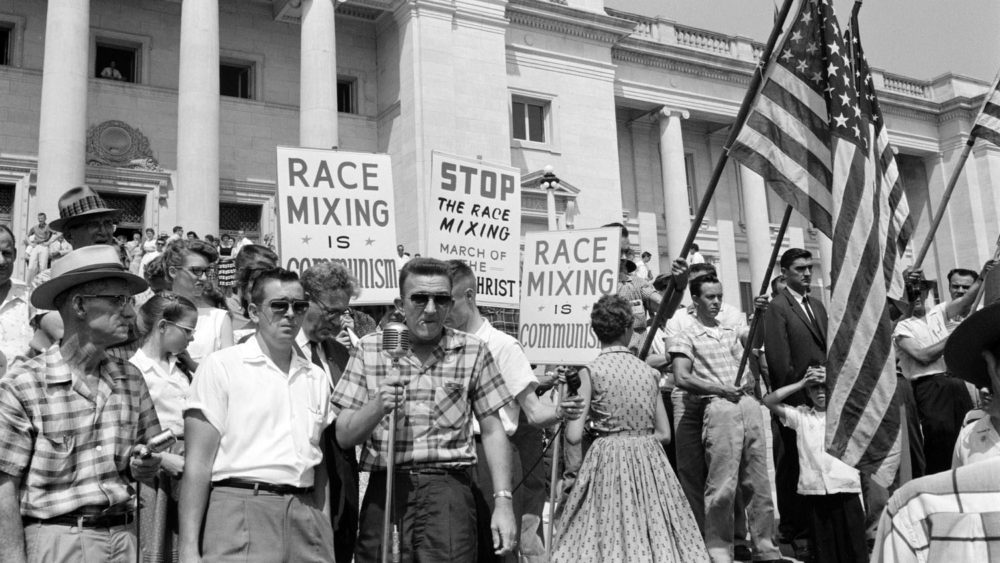 In 1959, photographer John Bledsoe captured this image of the crowd on the steps of the Arkansas state capitol building, protesting the federally mandated integration of Little Rock’s Central High School. This image shows how worries about desegregation were bound up with other concerns, such as the reach of communism and government power. 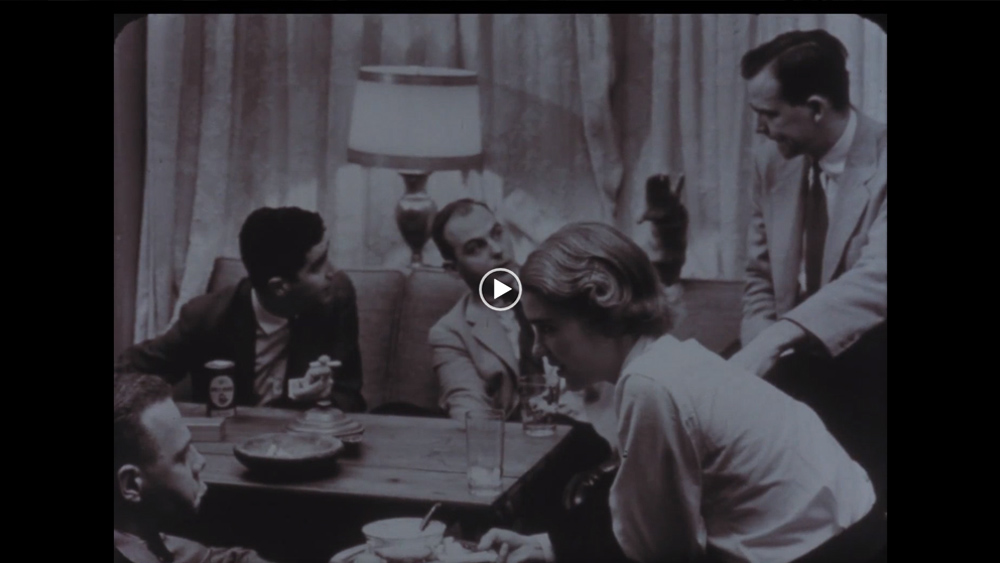 Redbook made this film to convince advertisers that the magazine would help them attract the white suburban consumers they desired.  The “happy go spending, buy it now, young adults of today” are depicted by the film as flocking to the suburbs to escape global and urban turmoil. Redbook Magazine, “In The Suburbs” (1957). Via The Library of Congress.