The 1920s so reshaped American life that it came to be called by many names: the New Era, the Jazz Age, the Age of the Flapper, the Prosperity Decade, and, perhaps most commonly, the Roaring Twenties. The mass production and consumption of automobiles, household appliances, film, and radio fueled a new economy and new standards of living, new mass entertainment introduced talking films and jazz while sexual and social restraints loosened. But at the same time, many Americans turned their back on political and economic reform, denounced America’s shifting demographics, stifled immigration, retreated toward “old time religion,” and revived with millions of new members the Ku Klux Klan. On the other hand, many Americans fought harder than ever for equal rights and cultural observers noted the appearance of “the New Woman” and “the New Negro.” Old immigrant communities that had predated new immigration quotas, meanwhile, clung to their cultures and their native faiths. The 1920s were a decade of conflict and tension. Whatever the decade was, as the following sources reveal, it was not “normalcy.”

Republican Senator and presidential candidate Warren G. Harding of Ohio delivered the following address to the Home Market Club of Boston on May 14, 1920. In it, Harding outlined his hope that the United States would, after a decade of progressive politics and foreign interventions, return to “normalcy.” In November, Harding received the highest percentage of the popular vote in a presidential election up to that time.

In the following selection, Crystal Eastman, a socialist and feminist, considered what women should fight for following the ratification of the Nineteenth Amendment, which granted American women the right to vote.

3. Explanation of the Objects of the Universal Negro Improvement Association (1921)

Inspired by the writings of Booker T. Washington, Jamaican-born Marcus Garvey became the most prominent Black Nationalist in the United States. He championed the back-to-Africa movement, advocated for Black-owned businesses—he founded the Black Star Line, a transnational shipping company—and founded the Universal Negro Improvement Association. Thousands of UNIA chapters formed all across the world. In 1921, Garvey recorded a message in a New York studio explaining the object of the UNIA.

The “Second” Ku Klux Klan rose to prominence in the 1920s and, at its peak, claimed millions of Americans as members. Klansmen wrapped themselves in the flag and the cross and proclaimed themselves the moral guardians of America. The organization appealed to many “respectable,” middle-class Americans. Here, Imperial Wizard Hiram Evans, a dentist from Dallas, Texas, outlines the Second Klan’s potent mix of Americanism, Protestantism, and white supremacy.

5. Herbert Hoover, “Principles and Ideals of the United States Government” (1928)

Republican Herbert Hoover embodied the political conservatism of the 1920s. He denounced the regulation of business and championed the individual against “bureaucracy.” In November 1928, Hoover, a Protestant from the Midwest, soundly defeated Al Smith, an Irish Catholic from New York City. Here, in a speech delivered in late October, Hoover outlined his vision of American government.

By 1922, “the Flapper” had become a full-blown cultural phenomenon. In the following article, Ellen Welles Page, a self-described “semi-flapper,” attempted to explain the appeal of the flapper and pled with America’s mothers and fathers not to reflexively judge their flapper daughters.

Alain Locke, a leading figure of the Harlem Renaissance, was a distinguished academic—the first African American Rhodes Scholar, he obtained a Ph.D. in philosophy from Harvard—who taught at Howard University for 35 years. In 1925, he published an essay, “Enter the New Negro,” that described an African American population busy seeing “a new vision of opportunity.” 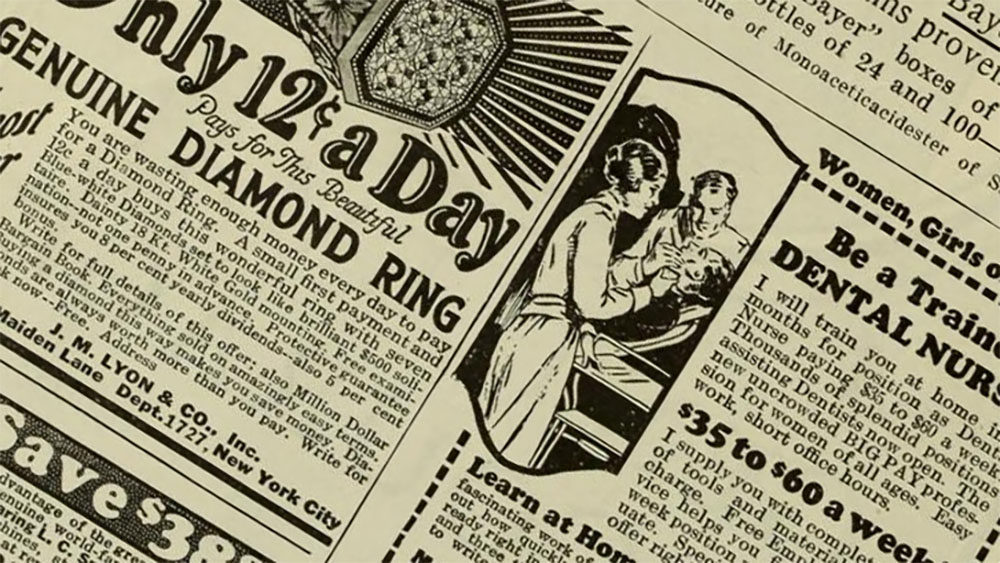 In the 1920’s Americans across the country bought magazines like Photoplay in order to get more information about the stars of their new favorite entertainment media: the movies. Advertisers took advantage of this broad audience to promote a wide range of goods and services to both men and women who enjoyed the proliferation of consumer culture during this time. 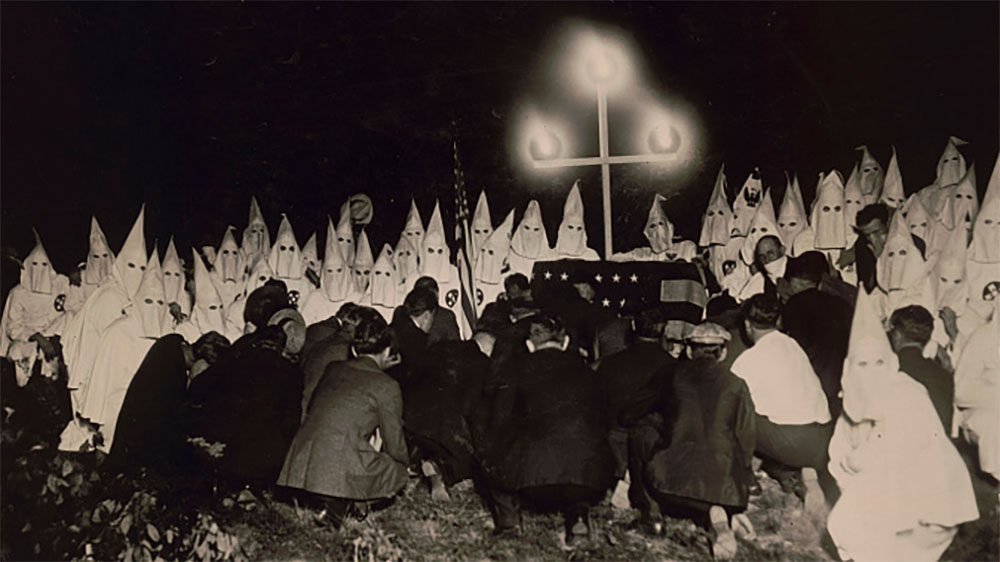 This photo by popular news photographers Underwood and Underwood shows a gathering of a reported 300 Ku Klux Klansmen just outside Washington DC to initiate a new group of men into their order. The proximity of the photographer to his subjects for one of the Klan’s notorious night-time rituals suggests that this was yet another of the Klan’s numerous publicity stunts.